The Pisces Characteristics in Astrology

The Pisces horoscope sign, the Fish, is the twelfth sign of the Zodiac in the horoscope. It belongs to the element water and the mutable quality. The Pisces Zodiac sign is the seeker, searching for the meaning of life and path to happiness and fulfillment for all. It’s a tedious quest, but Pisces is prepared for the sacrifice it demands.

Pisces, the Fish, is the twelfth sign of the Zodiac. The sun enters Pisces on February 19, and leaves it right at the vernal equinox. Pisces belongs to the element water, its quality is mutable and its charge is negative. Its Ruler is Neptune, and Mercury exalts in it. Pisces’ motto is: “I believe.”

In the horoscope chart, Pisces brings humility and uncertainty to planets or Houses therein.

The willingness of personal sacrifice is one of the major Pisces horoscope characteristics. Therefore, Pisces tends to be taken advantage of, more than once. It’s a follower, as is every mutable sign in the horoscope, and it’s very sensitive. But those are not weaknesses. The Pisces Zodiac sign is indifferent to privileges and benefits, because there are other things so much more important. It’s a choice, although others often don’t see that. 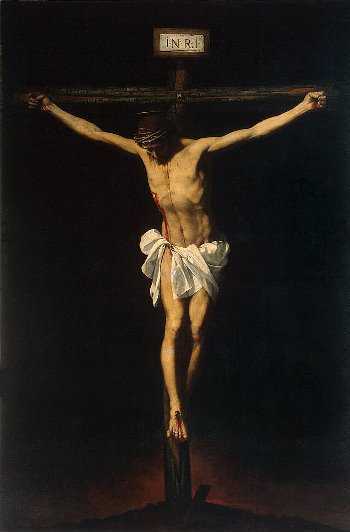 The archetype of the Pisces Zodiac sign in the horoscope is the martyr, who is prepared to die, even when that’s an injustice, for a higher cause. The most prominent of martyrs has for almost two thousand years been Jesus, who was crucified by an oppressive society wanting to stop his preaching.

Jesus, through the religion of Christianity, is also the one whose influence has been of the most vast importance for the last two thousand years, at least in Europe and the Western world. We’re living in the Age of Pisces, an era dominated by the perspective of religion and the Pisces horoscope characteristics, which are praised as the most noble ones. It started around the time of the birth of Jesus, and will continue for something like 150 years, when it is followed by the Age of Aquarius.

So, Pisces may be the horoscope sign of self-sacrifice, but for the last two thousand years, this has been the highest virtue. Society has been one of the Pisces horoscope virtues (at least as the outspoken ideal), and still is.

Those with Pisces as their horoscope Zodiac sign are born with the sun in it, between February 19 and March 20. For much more about the Pisces Zodiac sign and its meanings in the horoscope, see the links in the menu to the left.

The Pisces star sign begins when the winter is bitter and cold, but ends at the vernal equinox, the starting point of spring. Pisces is the horoscope sign of the humble seeker, with the traits of one who is always willing to make personal sacrifices for the good of others or society as a whole. To the Pisces Zodiac sign, society is a great body we all share, so any personal contribution to it will benefit everybody in it.

Those who have Pisces as their star sign are born when the sun was in Pisces, normally February 19 – March 20 (it differs slightly from year to year, because of the leap years). Therefore, it is also – more accurately – called the sun sign.

The sun is the most important point in your horoscope chart, but it’s not the only thing describing your personality. You need to look at all the components of your birth chart, to get a complete astrological description of yourself. But here you find what can be said in general about the Pisces Horoscope Traits, based only on the sun’s position.

If your star sign is Pisces, you’re a modest and self-sacrificing person, searching tirelessly for what can make life truly meaningful and fulfilling for you as well as for others. Pisces needs to believe in something, and you’re perfectly willing to spend a lifetime finding it.

During this search, Pisces doesn’t hesitate to make significant personal sacrifices, even when others would say that they are pointless or just too much. Some take advantage of Pisces, because he or she is willing to meet their wishes even when that’s costly. As long as Pisces feels they can somehow help along the way towards self-realization, Pisces accepts. But when another comes, showing more hope for a meaningful outcome, there’s no trouble for Pisces to change companion.

To Pisces, life is all about how it feels, the emotional dimension. Material things mean next to nothing, the same is true for reason and common sense. Whatever we do, we have to feel good about it. That’s the essential thing to Pisces. But it’s not easy to accomplish. Still, what can you do but try?

Pisces is definitely more of a follower than a leader. You can find it in you to adapt to almost any circumstance, and to compromise enough to do fine together with almost any other person. But you have your quest, which is so hard to complete, you often find yourself giving up what you have, to move on. Maybe next time you find what you’re looking for.

Pisces, illustration from a 1482 edition of a book by Hyginus.

If you were born at the end of February, the sun is in the beginning of Pisces. That means your life is pretty much dominated by your quest for fulfillment, and nothing can hold you back from pursuing it. You may seem yielding, but you can break free of any ties if your search demands it.

If you were born in the beginning of March, the sun is in the middle of Pisces. Then you’re constantly aware of your quest, but willing to compromise about it, and postpone it if circumstances demand that of you. It takes time for you to get deeply involved in something, and time to break free of it when it has no more to give you. But you do – in a way that is gentle to everyone else involved.

If you were born in the middle of March, the sun is at the end of Pisces. Then you frequently feel frustrated about your life situation. You want to move, you want to settle down, you want to know what to do. Nothing seems to please you at length, although you have no clue as to why. It’s rare that you remain for long in any given situation. It makes your life rich, indeed, but also full of sacrifices and shortcomings. This is the mutable part of the sign and Pisces belongs to the mutable quality, so people born with their sun here are the most typical Pisces, showing its traits very clearly and completely, whatever it costs them.

The star constellation Pisces, represented by fish. Illustration from Firmamentum, by Hevelius 1690.

Pisces’ Father in the Horoscope

The sun in the horoscope also represents your father (the mother is represented by the moon). That means your Pisces traits reveal something about the characteristics of your relationship with your father.

If you have the sun in Pisces, your relation to your father is one of uncertainty. Although there’s mutual affection, you both feel that you don’t know each other well enough. To some extent you are strangers to one another, and you just don’t find the opportunity to get to know each other as well as you would like.

You try to please your father, sometimes more than what is reasonable, and still your father can neglect to show his appreciation for it. Your relation is an emotional one, and you’re often unsure about how your father will react to what you do or say. In spite of these complications, your bonds will never break.

The Pisces horoscope sign, the seeker, belongs to the element water, which is that of the emotions. So do Cancer and Scorpio, but that doesn’t necessarily mean Pisces is particularly compatible with them – they need to share affection and a deeply felt attraction. Nor for that matter is the Pisces Zodiac sign always incompatible with, say, the fire signs Aries, Leo, and Sagittarius, although they are quite different.

All the astrological traits of each Zodiac sign have to be considered when examining their compatibility. Click the header to read more about what it means to the Pisces horoscope sign.

The horoscope also reveals what your sex life is like. That’s not only done by your Zodiac sun sign, but it does give some general indications. Click the header to see what astrology has to say about the sexuality and sexual preferences of those who are born in the Pisces Zodiac sign.

We’ve all heard about the Age of Aquarius, a new astrological era that some say we’ve already entered. But we still live in the Age of the Pisces horoscope sign for another 150 years or so. That’s the era of religion and belief, as opposed to science and reason. Click the header for more about the Age of Pisces.