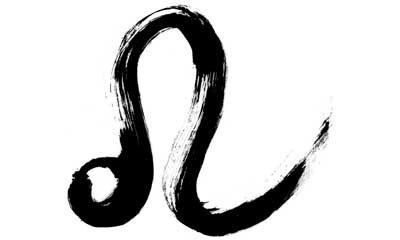 The Leo Characteristics in Astrology

Leo, the Lion, is the fifth sign of the Zodiac in the horoscope. The Leo Zodiac sign belongs to the element fire and the fixed quality. That makes pride essential to the well-being of Leo. So is the respect of others, if not admiration. Leo in the horoscope is the character of the cavalier, who knows to make a lasting impression.

Leo, the Lion, is the fifth sign of the Zodiac. The sun enters Leo on or around July 23, when the summer is at its peak. Leo belongs to the element fire, its quality is fixed and its charge is positive. Its Ruler is the sun, and Pluto exalts in it. Leo’s motto is: “I want.”

In the horoscope chart, Leo brings a proud and prominent character to planets or Houses therein.

The horoscope ruler of the Leo Zodiac sign is the sun, of course. No other celestial body would do. The biggest and the shiniest, around which all the planets revolve. Like Leo, the sun is kind of a passive principle in the horoscope. A potential more than an active force, ignited only by the interference of other parts of the horoscope. The Leo Zodiac sign sits on a throne, not very eager to leave it, but can have a good influence from there. It’s the archetype of the king. 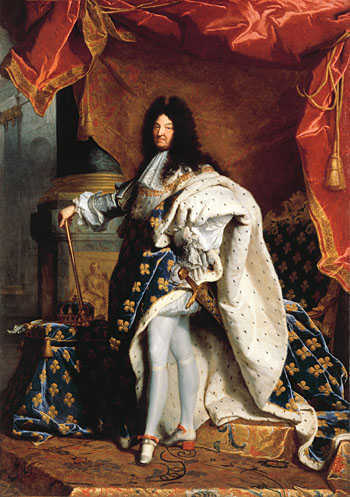 Leo mentality: Louis XIV of France, who was called the Sun King because of his elaborate magnificence. Painting by Hyacinthe Rigaud, 1701.

The Leo horoscope sign has tremendous integrity, like the other horoscope fire signs Aries and Sagittarius, but is unlike them not that prone to make active use of it. To the Leo Zodiac sign, things are fine as they are, as long as that includes the respect of others. When challenged or insulted, Leo can indeed spring into action.

As a leader, the Leo Zodiac sign is aware of the importance of symbols, and makes sure to become one in order to gain and keep authority. It’s a life guided by the simple fact that what seems important usually is, and the illusion of power is a strong power, too.

Those with Leo as their Zodiac sign in the horoscope are born with the sun in it, between July 23 and August 22.

The Leo astrological star sign, starting when summer is the most splendid, is the proud cavalier of the horoscope, with the traits of one who wants to shine like the summer sun – and mostly does. The Leo Zodiac sign is a lot about self-realization and the things that make life pleasant.

Those who have Leo as their star sign are born when the sun was in Leo, normally July 23 – August 22 (it differs slightly from year to year, because of the leap years). Therefore, it is also – more accurately – called the sun sign.

The sun is the most important point in your horoscope chart, but it’s not the only thing describing your personality. You need to look at all the components of your birth chart, to get a complete astrological description of yourself. But here you find what can be said in general about the Leo Horoscope Traits, based only on the sun’s position.

If your star sign is Leo, you are a proud person, with a strong sense of integrity and the importance of being true to yourself. Leo is the major sun sign, where the sun is said to be the ruler, so it’s natural for you to shine.

To Leo, life is very much the individual achievement, and the ability to reach a place of distinction in society – but mostly, to be able to have pride in oneself. The center stage position is gladly taken by Leo, but nothing compares to looking at oneself in the mirror and being genuinely pleased with what one sees there – and not at all only on the surface.

Leo is the sign of pride, majestic like the animal from which it derives its name. Leo needs that pride and mostly feels it. When the self-esteem is threatened, Leo reacts with a roar. This may seem preposterous, but it’s far from rare that Leo receives admiration. There’s something very attractive about that self-confidence.

Leo, illustration from a 1482 edition of a book by Hyginus.

If you were born at the end of July, the sun is in the beginning of Leo. Then you need to dominate your surroundings, and are usually able to do so. You can act and when you do, you don’t keep it a secret.

If you were born in the beginning of August, the sun is in the middle of Leo. That means you don’t need a very prominent position, but you want to be respected for what you are, and you tend to remain there as securely as if you were a statue. You don’t bend. This is the fixed part of the sign, and since Leo’s quality is fixed, people with their sun here are the most typical Leo, their traits easily recognizable, not to say blatantly obvious.

If you were born in the middle of August, the sun is at the end of Leo. Then you tend to be displeased with the position you have and the amount of admiration you get. You strive for more, and that makes you active and competent, but also somewhat frustrated.

The star constellation Leo, represented by a lion. Illustration from Firmamentum, by Hevelius 1690.

Leo’s Father in the Horoscope

The sun in the horoscope also represents your father (the mother is represented by the moon). That means your Leo traits reveal something about the characteristics of your relationship with your father.

The Leo horoscope sign, the cavalier, belongs to the element fire, which is that of energy and activity. So do Aries and Sagittarius, but that doesn’t necessarily mean Leo is particularly compatible with them – they need to feel mutual attraction, which is something elusive at times. Nor for that matter is the Leo Zodiac sign always incompatible with, say, the water signs Cancer, Scorpio, and Pisces, although they are quite different.

All the astrological traits of each Zodiac sign have to be considered when examining their compatibility. Click the header to read more about what it means to the Leo horoscope sign.

The horoscope also reveals what your sex life is like. That’s not only done by your Zodiac sun sign, but it does give some general indications. Click the header to see what astrology has to say about the sexuality and sexual preferences of those who are born in the Leo Zodiac sign.

The Leo Zodiac sign represents a certain archetype in the horoscope – that of the cavalier, like the pompous kings and other majestic sovereigns of old. Click the header to read more about the archetype of the Leo horoscope sign.