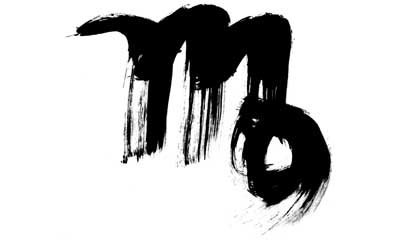 The Virgo Characteristics in Astrology

The Virgo Zodiac sign, which is that of the Maiden, is the sixth sign of the Zodiac in the horoscope. It belongs to the element earth and the mutable quality. The Virgo horoscope sign is the character of the scrutineer, who never takes things for granted and always searches for flaws. It’s the constantly inspecting mind.

Virgo, the Virgin (or Maiden), is the sixth sign of the Zodiac. The sun enters Virgo on or around August 23, when the summer is fading. Virgo belongs to the element earth, its quality is mutable and its charge is negative. Its Ruler is Mercury, and Venus exalts in it. Virgo’s motto is: “I scrutinize.”

In the horoscope chart, Virgo brings a scrutinizing and diligent character to planets or Houses therein.

The horoscope earth element leads to a mentality focused on the material, what’s palpable and possible to investigate. The mutable quality normally makes a follower, but in the case of the Virgo Zodiac sign it’s more of a critical attitude that never ceases. Virgo is difficult to manipulate and almost impossible to dupe. Virgo is also very hard to please. 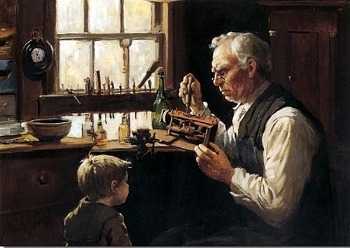 The symbol of the Virgo horoscope sign, and the translation of its name, is the Virgin or the Maiden – not always the same thing, although in this framework intended to be. The most famous of virgins is Mary, of course, although her virginity has been questioned. Undoubtedly, though, she was a maiden in the meaning of a young woman. In any case, the idea of the maiden representing the Virgo horoscope sign’s traits may be the romantic notion that a woman chooses carefully her first.

More of an archetype for the Virgo horoscope sign and its meaning, though, would be a craftsman working minutely with complicated machines consisting of a multitude of small components that need to be assembled with precision. Such as the clockmaker.

There are three earth signs in the Zodiac of the horoscope: Capricorn who prefers working with big things, Taurus who concentrates on basic things, and Virgo who is the expert of small and complicated things. That demands of the Virgo horoscope character to be critical and pay attention to detail. It’s an ability becoming a personality, which is something that can be said of most Zodiac signs.

Those with Virgo as their horoscope Zodiac sign are born with the sun in it, between August 23 and September 22. For much more about the Virgo Zodiac sign influence in the horoscope, see the links in the menu to the left and below.

The Virgo star sign, starting when summer ends, is the scrutineer of the horoscope, with the traits of one who examines everything carefully before deciding what to do about it. To the Virgo horoscope sign, there’s no detail small enough not to be considered and no effort tedious enough to be ignored. A hard worker, just as hard to please.

Those who have Virgo as their star sign are born when the sun was in Virgo, normally August 23 – September 22 (it differs slightly from year to year, because of the leap years). Therefore, it is also – more accurately – called the sun sign.

The sun is the most important point in your horoscope chart, but it’s not the only thing describing your personality. You need to look at all the components of your birth chart, to get a complete astrological description of yourself. But here you find what can be said in general about the Virgo Horoscope Traits, based only on the sun’s position.

If your star sign is Virgo, you are a hard working person, paying great attention to detail, scrutinizing just about everything. Virgo is quite critical, the last one to be convinced or swept away. Virgo is not much for improvisation, but needs mostly to go to the bottom of things, and to be prepared.

Virgo is usually rather restless, getting frustrated if there is nothing to do – but there usually is. If not, then Virgo is happy to do it all over.

Virgo is the sign of the diligent worker, who has the perseverance to bring things to their completion, no matter how long it takes and how many obstacles appear. Also, Virgo is very critical – especially of what others accomplish. There may be some truth to this criticism, but the mere insistence and persistence of it can frustrate most.

But Virgo is really just as self-critical, although not publicly. Everything has to be perfect. Anything else is just sloppy, and Virgo hates that.

Virgo, illustration from a 1482 edition of a book by Hyginus.

If you were born at the end of August, the sun is in the beginning of Virgo. That means you’re very critical and trust nothing that you haven’t examined thoroughly. Even things that seem to work you want to disassemble, just to make sure.

If you were born in the beginning of September, the sun is in the middle of Virgo. Then you’re mostly critical and doubtful to any kind of change. What works should be left as is. When you do something, you need to be very well prepared.

If you were born in the middle of September, the sun is at the end of Virgo. If so, you’re very hard to convince. You tend always to see faults and shortcomings – also in yourself. It’s frustrating to everybody, including you. You need to be doing something, always, but sometimes it’s hard to figure out what. The third part of the sign is mutable and so is the quality of the Virgo sign. Therefore, people with their sun here are the most typical Virgo, its traits obvious in them – sometimes irritatingly so.

The star constellation Virgo, represented by an angel. Illustration from Firmamentum, by Hevelius 1690.

Virgo’s Father in the Horoscope

The sun in the horoscope also represents your father (the mother is represented by the moon). That means your Virgo traits reveal something about the characteristics of your relationship with your father.

If you have the sun in Virgo, your relation to your father is a bit strained. Neither one is fully pleased with the other, but quick to criticise. You both often think that the other one is doing things wrong, even if you’re not always sure to be able to do it better. In spite of that, you have your best times together when you do things, when you’re working on something. You can also enjoy your disputes, although neither one ever admits to be wrong.

The Virgo horoscope sign, the scrutineer, belongs to the element earth, which is that of material things and working with your hands. So do Taurus and Capricorn, but that doesn’t necessarily mean Virgo is particularly compatible with them – they need to feel mutual connections and similarities. Nor for that matter is the Virgo Zodiac sign always incompatible with, say, the air signs Gemini, Libra, and Aquarius, although they are quite different.

All the astrological traits of each Zodiac sign have to be considered when examining their compatibility. Click the header to read more about what it means to the Virgo horoscope sign.

The horoscope also reveals what your sex life is like. That’s not only done by your Zodiac sun sign, but it does give some general indications. Click the header to see what astrology has to say about the sexuality and sexual preferences of those who are born in the Virgo Zodiac sign.