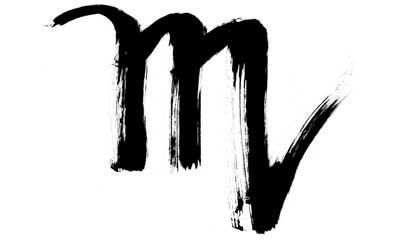 The Scorpio Characteristics in Astrology

The Scorpio horoscope sign, the Scorpion, is the 8th sign of the Zodiac in the horoscope. It belongs to the element water and its quality is fixed. The Scorpio Zodiac sign is the perturber, the one who needs to stir up things and make what’s hidden below the surface emerge. It’s the sign of passion and of everything mysterious.

Scorpio, the Scorpion, is the eighth sign of the Zodiac. The sun enters Scorpio on or around October 23, when the autumn arrives. Scorpio belongs to the element water, its quality is fixed and its charge is negative. Its Ruler is Pluto, and Neptune exalts in it. Scorpio’s motto is: “I wish.”

In the horoscope chart, Scorpio brings a mysterious and unsettling character to planets or Houses therein.

The Scorpio horoscope sign has the element water, but not the waves on the surface or the playful rain from the sky. This is the deep water, in the darkness far below the surface, where few have gone. Scorpio is the horoscope sign of the hidden forces, which are mighty although they are neither known nor explicable. 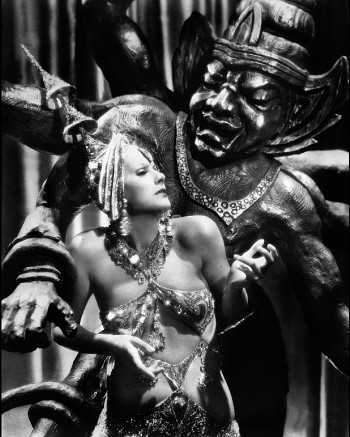 Scorpio mentality: The actress Greta Garbo in the film Mata Hari, from 1931.

That’s all kinds of unknown, like the mystery of magic and the occult, but also the subconscious, making us vaguely aware of its existence through dreams and longings from deep within. Although these forces are mostly invisible, they are mighty important in how we actually live our lives, especially regarding the impulses that carry us away at times, frequently to our own frustration.

The key word for the Scorpio horoscope sign is passion, but then it must be understood that emotions of this grand scale are usually contained within us. We fear the power unleashed if we express them, so we do our best to suppress them. The Scorpio Zodiac sign in the horoscope is the same, but consciously so: Scorpio loves to have others express the strong, almost chaotic emotions we all hide inside, whereas Scorpio remains seemingly unaffected. Like a catalyst.

Those with Scorpio as their horoscope Zodiac sign were born with the sun in it, between October 23 and November 21. For much more about the Scorpio Zodiac sign

Scorpio is the horoscope sign of passion, but a Scorpio is not the one to express it – that’s left for family, friends and others in the environment to do. The Scorpio horoscope traits are mainly indicated, unawares, by the surroundings. Scorpio has a way of making others express all the feelings, while Scorpio remains seemingly calm.

Those who have Scorpio as their star sign are born when the sun was in Scorpio, normally October 23 – November 21 (it differs slightly from year to year, because of the leap years). Therefore, it is also – more accurately – called the sun sign.

The sun is the most important point in your horoscope chart, but it’s not the only thing describing your personality. You need to look at all the components of your birth chart, to get a complete astrological description of yourself. But here you find what can be said in general about the Scorpio Horoscope Traits, based only on the sun’s position.

Scorpio Is Excited by the Hidden

If your star sign is Scorpio, you’re a secretive person, who enjoys strong emotions lived out through others – but you keep yourself quite restrained. A key word for Scorpio is passion, but it must be understood that passion is so strong a feeling that it can hardly be expressed. It’s suppressed. Under the surface and deep inside, that’s where Scorpio’s passion roams.

Still, this is what makes Scorpio trigger others to live it out. You make them feel your inner turmoil without knowing its origin, which makes them confused and anxious.

Scorpio enjoys the mysterious and the incomprehensible, bringing spices and excitement to life. You crave to make your wishes come true, more like magic than by concrete action of yours, no matter how unlikely that is. Scorpio also has a taste for the bizarre. To Scorpio, life is wonderfully mysterious and would be much more dull if all the mysteries were revealed.

Scorpio, illustration from a 1482 edition of a book by Hyginus.

If you were born at the end of October, the sun is in the beginning of Scorpio. Then you’re very good at having other people live out your feelings, and it pleases you tremendously. You are mysterious, and enjoy making others confused by it.

If you were born in the beginning of November, the sun is in the middle of Scorpio. Then you keep all your emotions inside of you, and let people know very little about what you feel. You are secretive, but enjoy what people might guess about you – as long as they’re not accurate. Since this is the fixed part of the sign and the Scorpio quality is fixed, those with their sun here are the most typical Scorpios, with most of its traits. That means they are excellent at hiding what’s going on inside of them. So, they can be spotted, not by what they show, but by all they hide.

If you were born in the middle of November, the sun is at the end of Scorpio. In this case you’re worried about your own feelings, fearing that you might not be able to suppress them enough to keep them hidden. Therefore, you get a bit intimidated when others let their feelings out – although you really want them to. You worry that their emotional outbursts might ignite yours. To you, the world is a dangerous place. You trust no one, not even yourself.

The star constellation Scorpio, represented by a scorpion. Illustration from Firmamentum, by Hevelius 1690.

Scorpio’s Father in the Horoscope

The sun in the horoscope also represents your father (the mother is represented by the moon). That means your Scorpio traits reveal something about the characteristics of your relationship with your father.

If you have the sun in Scorpio, your relation to your father is one of uncertainty and inexplicable tension. None of you shows it, but there are worries and frustrations between you, as well as countless questions never asked aloud. You know how to play on your father’s emotions, causing numbers of his outbursts, and that you do enjoy. But your father, too, knows how to get on your nerves. You rarely argue with each other, at least not loudly, but there is mostly an impression that it can happen any minute. Although you irritate each other frequently, you still enjoy each other’s company – maybe mostly for the thrill of it.

The Scorpio horoscope sign belongs to the element water, as do Cancer and Pisces. But that doesn’t necessarily mean the Scorpio Zodiac sign is particularly compatible with them, or for that matter incompatible with, say, the fire signs Aries, Leo, and Sagittarius.

All the astrological traits of each Zodiac sign have to be considered when examining their compatibility. Click the header to read more about what it means to the Scorpio horoscope sign.

The horoscope also reveals what your sex life is like. That’s not only done by your Zodiac sun sign, but it does give some general indications. Click the header to see what astrology has to say about the sexuality and sexual preferences of those who are born in the Scorpio Zodiac sign.

The Scorpio Zodiac sign represents a certain archetype – that of the actor or performer, making the audience go through all kinds of emotions, but remaining in control, as if hiding. Click the header to read more about the archetype of the Scorpio horoscope sign.