The Libra sign is all about judging right from wrong, and sticking to it. Its archetype is that of the judge – living by a code and insisting that others do the same. Libra is the moral character of the Zodiac.

Libra means scales, the age-old tool for measuring by comparing. This is also the job of the judge – weighing the evidence and comparing the statements of the accused to those of the accuser. At the end of the trial, the side of the scales tipping over wins it. Hopefully, justice is done – as well as can be accomplished.

Justice as such has its own archetype – Justitia, the lady holding the scales in one hand and a sword in the other. The former is to reach the verdict and the latter is to enforce it. There are countless artistic representations of this figure. The image above is from the Fountain of Justice (Gerechtigkeitsbrunnen) in Frankfurt am Main, Germany. It was constructed in 1611 by the sculptor Johann Hocheisen.

Notice that this Justitia is not blindfolded, which is otherwise often the case. The blindfolding is a symbol of justice being impartial – not looking at anything but the evidence and how the law is written, no matter who is accused and who is the plaintiff. Maybe in the early 17th century, judges were rarely allowed to ignore weighing also social prominence of the two antagonists. Maybe it’s still so… 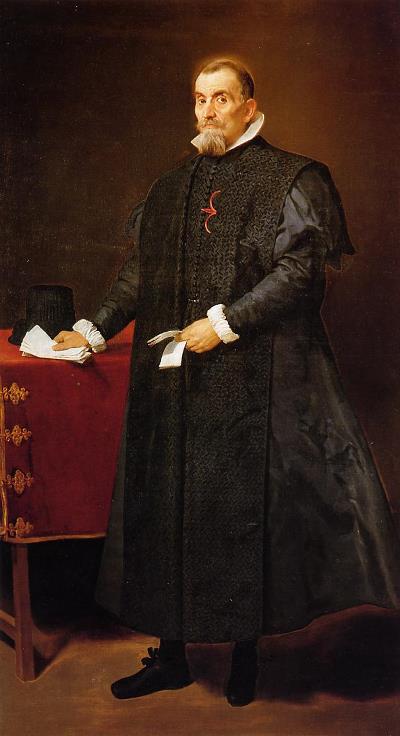 Contrary to Justitia herself, judges have mostly been men – somber and intimidatingly stern, to invoke respect at the court. That can certainly be said about the above Spanish judge of the 17th century, with his grim expression, his straight posture and his black garment. 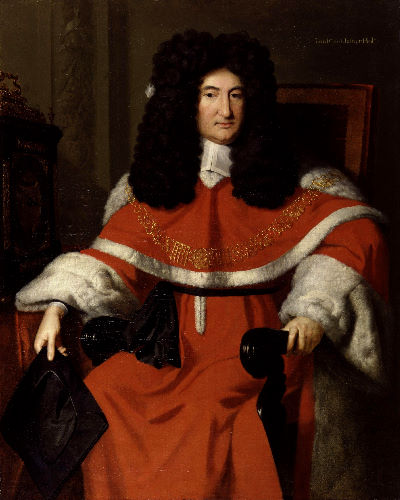 The one below, John Holt who was Lord Chief Justice in England 1689-1710, is dressed with more splendor – in a way that partially remains in British courts. Not as somber as his Spanish colleague, but definitely all the more imposing.

A fancy dress and a wig are some trademarks of judges here and there in the world, all part of the show. It may look funny to the contemporary eye, but they are meant to symbolize their authority and the consistency of the basic principles of justice through the centuries. Today’s foremost gadget of the judge is the gavel, by which the ruling is set and the process finalized – with a bang.

The gavel is not only used by judges at court, but also in board meetings, in parliaments and so on. Always, this object is a symbol of the power of decision, putting an end to all discussions. When the gavel strikes the table, that’s it. 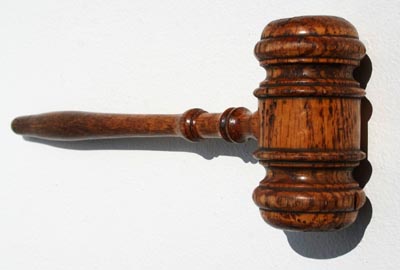 One would think that the gavel is an even more accurate symbol for the judge than the scales are for justice. After all, the judge is the one executing the power of justice. The judgment. That can come down just as hard as the gavel does on the table. But the gavel takes quite a while to get there. A court proceeding may take months, while the gavel mostly rests.

That’s the duty of the judge – to hear all parties out, no matter how long that takes. Only then is there time for judgment. This is also a very important trait of Libra – needing to know all alternatives before deciding, and taking that decision very seriously. It’s this hesitation that feeds the rumor of Libra being indecisive. It’s not indecision, but the very opposite: being very elaborate in order to reach the most solid decision.

The wisdom of the judge is legendary, though not that rarely quite fictional. Making the right judgment is no picknick, and very often even after a lengthy trial the truth of the matter is elusive. Judgment often has to be based on speculation and probability. Some do that better than others.

The wisest of judgments are called Solomonic, after King Solomon of the Old Testament. He was highly respected for his wisdom and good judgment.

He could be quite drastic in his pursuit of justice. Most famous is his ruling when two women both claimed to be the mother of an infant boy. Solomon raised his sword and said he would cut the child in two, so that each woman could have half. One of the women exclaimed that the other could have the boy, so that he would be saved. Thereby, Solomon was sure who was the real mother. 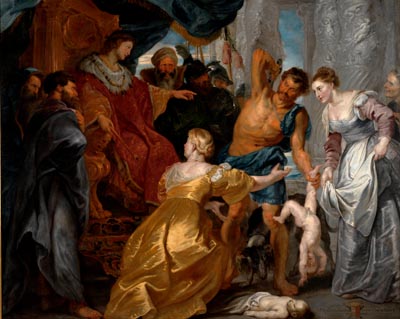 The Judgement of Solomon, by Peter Paul Rubens c. 1617. Notice also the dead child on the floor, which one woman claimed to be the reason for the other woman wanting her child.

So, justice is sharp like a sword, and sometimes just as lethal. A ruling may be costly to both parties. There is no winner guaranteed. The old principle of justice is that its importance surpasses any human need, or mayhem would soon arrive. This very grave state of things is at the core of justice and in the mind of the judge. And it goes all the way to the beyond, according to several religions – in particular the three monotheism.

Each human being is judged at the passing to the afterlife, say Judaism, Christianity and Islam alike. Who passes the Pearly Gates and who is sent to the fiery below?

Also for mankind as a whole, Judgment Day will come. In the Christian concept of it, all the dead will be resurrected as Christ returns, and then divided to the final destinations for which their earthly deeds have merited them. The judgment of all judgments, executed by the judge of all judges.

The Last Judgement, by Hans Memling 1473. This triptych is quite spectacular with all its details. Watch it enlarged by clicking the image.

The firmness of law and the rulings by it has been with us as long as we’ve had any kind of civilization, and it’s much the same in every culture. Mercy is always praised, but justice is not allowed to sway, nor is the judge proclaiming it. There is little doubt that without laws and their upholding, any society would quickly deteriorate to barbary.

So, the archetype of the judge, and the core trait of Libra, is faithfulness to the principles of law and order. That demands careful consideration and measured action, as well as steadfastness once a decision has been reached. 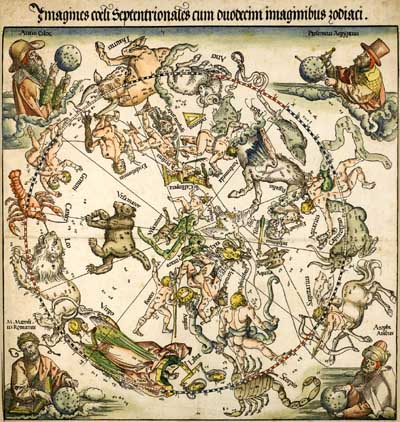